Join the American Lung Association on November 17 for “Lung Force Day,” an event to create awareness of lung cancer as the #1 cancer killer of women.

From their awareness day page: 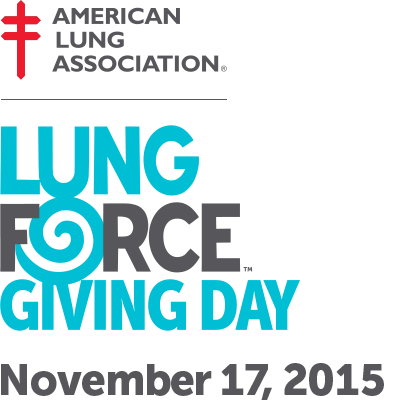 Lung cancer is the #1 cancer killer of women.  Yet a recent survey showed that only 1% of women cited lung cancer as top of mind.  Consider these eye-opening facts:

The American Lung Associated launched LUNG FORCE to unite women to stand together against lung cancer and for lung health.  Together we will create an unstoppable force to beat this disease, with plans to invest $15 million for lung cancer research, public health promotion and advocacy.

Visit LungForceDay.org to get involved, make a contribution, or share on social networks.